Tag Archives for " root cause analysis "
0 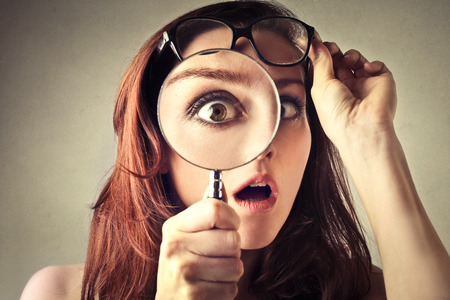 What is root cause analysis?

Every day people are faced with problems that need immediate resolution for operations to go on. Also, a lot of times people end up dealing with the matter lightly, only for the issue to resurface. However, to entirely solve a problem, its root cause must be established, and from then on the right steps can be taken to avoid the matter resurfacing.

Root cause analysis (RCA) is the process followed until the chief reason for a problem is determined and eventually solved, helping you to improve quality. Once the source is found and eliminated, you no longer have to worry about the problems you faced reemerging.

For example, you might own a laptop, and you are used to it working fine. All of a sudden, the machine may start responding slowly to commands. Upon rebooting it, the first few minutes it might seem to have regained its efficiency, but soon begins lagging again. At this point there might be several problems causing your laptop to malfunction;

At this moment, all the above are known as causal factors, since you are not yet sure where the exact problem lies.

RCA can be subdivided into several meticulous steps that lead one to find the exact underlying of the problem.

The initial step in root cause analysis is determining all the issues that may have led to the change in performance. With the earlier mentioned laptop, the reason for the slump in performance might be an internal system problem, like a corrupt operating system.

Similarly, you might have accidentally knocked it and distorted the hard disk, causing it to malfunction. At this point, list all the possible factors that might cause the problem until you have exhausted all of them. The more causal factors you have, the more likely you are to get to the root cause.

According to Towards Data Science, it is never wise to assume that the problem might have only happened when you noticed it. Chances are the root cause may have happened days or even weeks before, and you need to trace the chain of events leading to the problem you are facing.

Step 2: Sort out the factors according to the probability of causing the problem

You now have a list of all the factors that could lead to your misfortune. Since you know that not all of them have the likelihood of causing the trouble you face, rank them in order from the one with the highest possibility to the one with the lowest. Good judgment is needed to narrow down the list efficiently.

With the example of the laptop, lagging can be caused by several factors. A virus in the system, or even an outdated driver software. A virus attacking the computer is a viable reason as viruses insert themselves in the middle of the operating system and start altering system files. You could rule out the possibility of a hardware component causing the issue since you could have already discovered it.

In this stage, you also need to troubleshoot your most potent causal factors until you find the one that solves the problem. For instance, you might try to update all the devices drivers. If the lagging persists, then you know your problem doesn’t lie in the drivers. You can also uninstall some of the programs you recently installed and see if the problem goes away or perseveres.

With your list of a possible factors, ranked from highest to lowest capabilities, the next step of action is determining the root cause. To help you do this, you need to determine what factors can lead to the causal factors. You might have accessed an insecure website while browsing, or you may have even installed a new program on your device before your lagging problem commenced.

You also need to determine other effects the problem might be causing besides just making your laptop lag. The diminished performance might mean you do not finish reports or assignments on time and eventually might land in trouble at school or work. Such additional problems are known as correlated results.

Also, the program you last installed might have caused the lagging because it was affected by a virus. The program, in this case, is called a contributing factor.

You can further break down the program problem into smaller bits to better investigate and understand the problem. Maybe it’s not compatible with your laptop. You might also have downloaded it from an untrusted site, and further installed it without scanning for viruses. Work backward, asking yourself a series of “Why” questions until you arrive at the root cause of the problem.

Step 4: Address The Root Cause

You have worked your way back on the possible causes of the matter and have concluded that your computer’s lagging is as a result of a virus in the system. This might be true because viruses have the tendency to hide and only affect some programs. An outdated antivirus program will be the root cause of the problem in this case. An up-to-date software can search deep in the system and remove already manifested harmful programs, let alone blocking them from entering the system.

Step 5: Preventing the problem with resurfacing.

Now that you have updated your antivirus program and the problem has been eradicated, it is up to you to ensure the problem does not surface again. You will only achieve that provided your virus definitions are always updated. If you are forgetful, you can set the program to give you reminders every once in a while.

Root Cause Analysis will always solve the problem from the root itself. In addition to that, it does so in a fast and cost-effective manner. Through this method, you can also find that you create solutions to problems that haven’t even manifested yet, as well as uncover other relationships between problems and their symptoms. Eventually, it also helps you to establish long-lasting solutions to any problem.