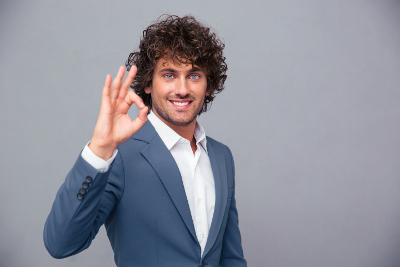 What is sprint zero in agile?

The Sprint Zero idea, like many things on planet earth, is often used and abused. So, what is Sprint Zero in agile? Sprints are agile's way of breaking down project management processes into smaller manageable parts in order to simplify the entire procedure in general.

Sprint zero is what is usually known as "project before the project".

This concept is proving to be so effective until large organizations are starting to apply these agile principles across all project management departments.

With that said, as agile demand grows, so does the mystification around the Sprint Zero term. In its most simplified meaning, it's basically the application of Scrum Sprint frameworks to pre-planning procedures for a project.

This pre-planning procedure manages to become a project within itself during the course of the Sprint.

The Scrum school of thought is of the belief that every sprint should produce potentially viable value.

Sprint Zero's main goal is to produce some viable value that can be utilized by the team that follows suit. However, the question of what the concept of the entire procedure is can be a very tricky one to answer.

Most software and management leaders tend to demonstrate how much they understand agile scrum concepts and will usually want to run all their other systems under Sprint from day one, however, they're probably going to be unable to produce even a single releasable feature.

The name zero comes from the failure to produce this feature which is used to tell stake holders to expect nothing from the sprint as it is a Zero Sprint.

Zero Sprints are generally required to keep designs minimal, create project skeletons (including all the research spikes), developing a tiny number of stories until completion and be lightweight as well as low velocity.

How to Get the Most Out of Sprint Zero​

The best way for you to understand this process is to know that for you to have a successful Sprint Zero process you'll have to be ready to begin from Sprint One.

"Ready" in this context is a bit of a vague term because readiness does not mean the operation procedures that are in place are available. However, this aspect has hopefully been taken care of. What readiness basically means is that development can occur in the said environment. A few do's and dont's if you want to conduct a successful Sprint Zero procedure:-

Here are some of the common pitfalls of sprint zero:

For any project to be executed effectively, pre-planning must be involved. The project preparations that are standard for most software developers include gathering the right equipment and people required in order to complete the job. However, these don't characterise a Sprint Zero process.

Sprint Zero, unlike pre-planning, is not a requirement for agile projects. Quick and efficient Sprint teams may not have any use for Sprint Zero procedures.

However, for those organisations that may never have used Scrum before, if you want your regular operational business culture to be ingrained with principles used in agile software development then you will have to start with the concept of Sprint Zero as your tipping off point.

There are many alternatives to Sprint Zero in agile, however not many are as effective than this process can be when properly executed.

Before businesses and organisations start using Sprint zero they will first need to put in place organisation level processes with the main goals and objectives of sharing as well as crafting a vision, Scrum Team familiarisation and formation, initial product backlog creation, Definition of Ready (DoR) initial version, and Definition of Done (DoD).

An organization that intends to be successful with sprint in agile must fully understand all these processes mentioned above.

Before you go, lets look at another related topic...

What is an iteration backlog in agile? 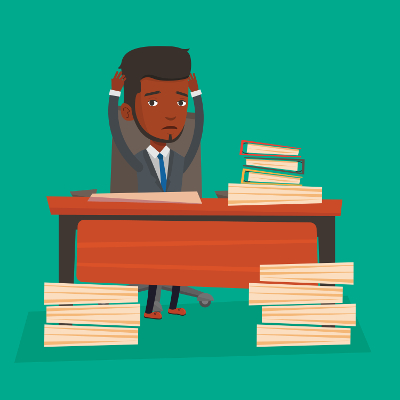 What is a an iteration backlog? In basic terms, it is smaller portion of the product backlog, it is a collection of activities that are expected to be completed in the next iteration. Ever since its incorporation into many companies, Agile has seen a huge cultural shift with support forums sprouting. It’s a methodology unlike no other, that mainly focuses on splitting of a workforce into several blocks for a more flexible output.

These building blocks, known as Iterations are fixated on a specific time frame for optimum productivity depending on the context of the business. Occasionally, a team may fail to deliver forcing the agenda to be carried forward and hence constituting an Iteration backlog. Here is a more detailed look onto Agile and its Iterations.

What are Iteration goals?

Iteration goals form the core of a business mission statement. In simple terms, a team is tasked to accomplish a set of targets within a specified duration of time.

These goals may sometimes be demanding and even include backlogs that require prompt completion. Achieving these goals comes directly from the self-driven and organized set of Agile teams.

The drafted set of goals to be accomplished is both beneficial to the Project Management as well as the Agile Release-Train (ART). These constitute a series of teams that deliver solutions to benefit the end user.

Its beneficial to the team in that it will provide a context to be familiarized with, paving way to understanding objectives and cross-referencing with other teams if need be. Furthermore, it directly links the teams with the stakeholders allowing for managing dependencies and approved custom improvements during a program’s execution or update.

In as much as the self-organized teams are responsible for most of the work, Management is still mandated to oversee the course plan. As such, the management will be held accountable the teams value delivery outcomes.

Is Iteration Planning another word for Iteration Backlog?

Iteration Planning is a strategized gathering of the responsible teams to determine ways on how deliver the iteration goals as well as any backlogs that may be due. It is purely based on the team’s capacity as well as the Iteration’s complexity.

Its general purpose is to serve as determined estimation of the Iteration goals. It is much broader and focuses on the past backlogs as well as the upcoming issues. As such, it is a totally different entity.

As part of the management, you are not allowed to interfere with the team’s planning. The scope of the entire operation belongs to the capable team of individuals.

As a matter of fact, the members allowed into the meeting constitute:

What is an Iteration Planning Meeting?

This refers to an organized preliminary gathering prior to the Iteration meeting. It is a very crucial gathering as the acceptance criteria and methods of delivery would be discussed.

Before conducting this meeting, you as the product owner are required to ensure the backlog has been assigned a story value. High-story values will be given first priority.

The stories may then be broken down into tasks which are assigned to the most capable members of the team. Sometimes, members may find themselves overtasked while others completely idle.

As such, a further review is recommended to evenly distribute the work. The iteration backlog may be too complex to be successfully delivered in one sitting. It is therefore recommended to solve backlogs by analysis of their story value instead of distributing it among the members.

As a reminder, the split backlog will have to be re assembled and hence it’s advisable to allocate a time frame to achieve this. Here is detailed approach on how to split a complex story value.

What is the goal of this meeting?

While the meeting is geared towards achieving the Iteration goals, you may want to understand its importance and of its other vision and missions. The goals of this meeting are purely specified in the meeting’s agenda and may include:

Complete scrutiny of the available Agenda Released Train tasked with completion of the backlogs and iteration goals.

Drawing out a rough estimate of the time required to analyze each story value and dig deeper into the seeded acceptance criteria.

Reiteration of the products’ vision and roadmap through reminding the members of anything in the foreseeable future.

Addressing new issues and concerns that may influence their overall productivity. These may include timeboxes and working hours required to complete a project.

Record Keeping – This requires precision and concentration on key topics such as the Iteration name, scope and theme of operation.

The stake holders in complete collaboration with the product owner will finally agree on whether to commit to these terms and estimates depending on the team’s capacity. As such budgets get drawn out and the work begins.

What is a “User Story” in Agile?

A user story is an Agile based feature that is able to adapt and create an outlook according to the requirements of the end-user. In simpler terms, it describes the user’s objectives, when he wants to do them and the reasons behind it.

A good example would be:

They are usually short and very descriptive of the task at hand. Preciseness is a valuable key feature in making a user story and it’s usually written from the perspective of the person intending to accomplish something.

They are often written throughout the agile project and added to the product backlog at any time to fit into an Iteration.

Iteration techniques are crucial to the overall success of a business. The Agile software development tool has enabled smoother and more flexible facilitation of story values.

If you really want to get a return value for your money’s worth, it is important to purely base your investment by adhering to the Agile features. Iteration Backlogs can pose a huge threat if not properly addressed. A more capable team should be tasked with simpler tasks to ensure less backlogs.