Tag Archives for " Difference Between Waterfall and Agile "
0

If you are interested how Agile compares to a more traditional methodology such as the Waterfall, you are in the right place. In this article I will break down the key differences between . these very different software development approaches..

What is the difference between Waterfall and Agile? The main differences is an iterative approach as opposed to a rather rigid sequential approach. Agile has agreed work packages, called sprints, that can be changed or improved as the project progresses, as appose to waterfall which has sequential phases from design to development through to testing.

To get the full detail on this continue to read on. I will break down 11 differences between Agile and the waterfall method.

Quick Navigation
Phases Instead of Sprints
Rigid Phases Vs. Flexibility
Requirements locked down versus dynamic changes to requirements.
Testing once versus incremental testing.
Customer validation at the end Vs. Customer involvement from the start
Sequential department focused versus collaborative.
Suited for Defined Requirements vs Evolving Requirements
Project development focused versus product focused.
Limited Communication and transparency versus the open model.
Simplicity for project management versus Organized chaos.
Expensive requirement changes Vs fluid changes.
Related Questions

Phases Instead of Sprints

So as mentioned briefly before Waterfall has phases, instead of sprints. In Agile you have bits of functionality that are grouped together in what is formerly known as sprints. 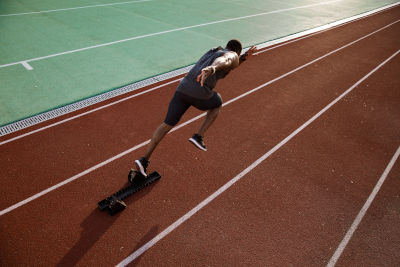 And then at the end of the sprint, after testing the developed software, you would present this to the team so that they can get an idea of if they like what they see.

After they agree with the functionality, the next sprint maybe to improve on that, add more features or functionality and do this in a continual process until you get to the final end product.

As opposed to the Waterfall model where you have a requirements phase, a design phase, and each phase is locked down, signed off, and then you move to the next phase. Once the requirements are done, there's no going back.

So as I previously mentioned, in th Waterfall method, each phase is effectively locked in and agreed, without any flexibilty.

So what this means is, once you, for example, finish the requirements phase in Waterfall, you then have a document which is signed off by all parties and once that's done, that is cast in stone. You will then stick with these requirements to the very end of the project.

Requirements locked down versus dynamic changes to requirements. 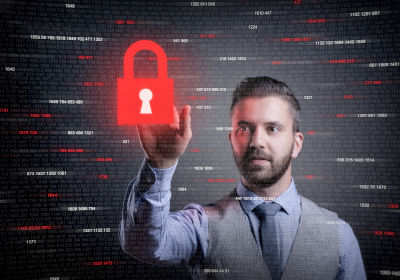 So a bit of an overlap with the last one, but the main focus here is once the requirements are done, there is no changes. They're locked down and they're cast in stone.

Effectively it's quite expensive in Waterfall to make a requirements change because you'd have to go back to square one, make changes to the requirements doc, which is pretty much like the underpinning overarching document that dictates the entire project phase and then roll out the design implementation and testing all over again.

Whereas in Agile is quite dynamic and you can effectively make changes on the fly and then work them into the next sprint of work and gently evolve. Both of these, by the way, have their pros and cons, but there is a very big difference between these models.

Testing once versus incremental testing.

What this basically means is in the Waterfall model, you have a very specific testing phase. Once you exit the testing phase and it's signed off, you are then done with testing for the entire project.

With Agile, on the other hand, you break everything up into sprints and effectively you're testing throughout the whole project and you can continually change requirements. Development code will change and you'll continually keep testing within each sprint.

For example, for those that don't know what a sprint is, it is a short phase that could be anything as quick as two weeks, finish a piece of functionality, test it and then restart the next sprint and you're continually testing, developing, coming up with requirements and so on and so on.

Customer validation at the end Vs. Customer involvement from the start

So with the Waterfall method, typically the customer really doesn't get involved until the very end of the project when everything is already delivered, done, tested and everything is signed off.

The customer really just has a hand in agreeing the requirements. But as far as seeing the end product, they don't get involved until the end. Whereas in Agile, on the other hand, the customer is involved from the very beginning because they get to see working prototypes in each sprint and get an opportunity to give feedback that can dictate how the project moves forward.

So with the Waterfall method, each phase has its own team of people that work on it and sign it off. So for example, when you do development, you have a development phase, whether that be for two weeks, two months or even two years, whatever the duration.

You have a specific team that will focus on that particular activity and once it's signed off it will then move on to the next team. So it's pretty much focused in departments of work.

Whereas with Agile you will have very small sprints. Development is done very quickly, then pass the code to the test team who then test it and then give their feedback immediately back to the development and project team. Then changes are made in development to update/improve and so on and so forth.

So in effect, you've got a very tight knit collaborative environment as opposed to a very much siloed off sequential focused model.

Suited for defined requirements, for example, a banking application versus evolving requirements such as a startup. What does this actually mean?

In essence, Agile is more geared up for a very dynamic environment where requirements may not be actually defined from the beginning. Whereas if you may have, for example a legacy banking application and you've got requirements that had been locked down from the beginning and you know exactly what you're delivering.

Then a more traditional Waterfall model or maybe even a V-Model will do for this manner may be the best thing to do.

Waterfall method is pretty much based on delivering and following a very strict project methodology. Agile, on the other hand, is more based on coming up with the very best product.

Therefore you're looking for feedback from the customer to see if you're on the right track to deliver what they want. It's very much focused on the product itself rather than following a very rigid project methodology.

The Waterfall model is very good from a project perspective because you've got very clear milestones and you know exactly where you are and it's easy to estimate and allocate jobs/tasks.

However in Agile it's very much dynamic and can be a bit harder to project manage, but at the end you're hoping to get something which the customer is more happy with at the end.

Limited Communication and transparency versus the open model.

So with the Waterfall model you have very limited communication until you very much get to the end of the project. And when I say limited transparency, it effectively means once the requirements are agreed, you then go into project delivery mode.

Bare in mind, this could take two to six months and then by the end of the project, without having much transparency, you get delivered the end product and it's fingers crossed that the customer's happy with what they see.

For anyone that's spent any length of time in the software development or the testing industry, you know that it's very difficult to actually deliver exactly what someone expects without them seeing it up front, and this is where Agile has become quite popular in recent years.

It's been the answer to some of these challenges. Obviously Agile is not perfect in every shape or form, but it does address this aspect very well.

Quite controversial, but hear me out first. The Waterfall methodology is quite good from a project management perspective because you've got very clear requirements.

As opposed to Agile, which some people have used the term "organized chaos", which is quite harsh because obviously it does have some great values.

The problem is it's very hard to project manage in some aspects because it's very unclear exactly how it's going to evolve at the end product and exactly how many people you need to resource because you don't know if the project requirements are going to change significantly during the process.  So it's almost like a moving target.

What I mean by this is with the Waterfall model, if you decide to make some fundamental requirement changes halfway through the development phase, for example, three months down the line of a six month project, it's quite an expensive change.

Bear in mind that a whole project team could have maybe 20 highly paid professionals who are costing the project tens of thousands, maybe even hundreds of thousands of pounds.

Therefore for you to make a requirements change could mean going back to the beginning, making changes, getting it signed off, get all these people in a room to agree to these things, rolling out development testing again, effectively turns out to a very costly mistake to get the requirements wrong.

However in Agile, if you find that there's something not quite right in the requirements, you can simply make a very quick change rollout a new sprint and then you're back in business.

What is the difference between Scrum and Agile? I think it's more of a misunderstanding of Scrum. Scrum is actually a framework of Agile, so effectively they're one of the same thing, ​

There are other types of frameworks, e.g. Kanban which you may have heard of before, but Scrum is something which is really Agile.

Is Agile more expensive than Waterfall? Essentially this can be quite subjective depending on which project you're working on.

If you're talking about requirements changes, then definitely Waterfall can be very expensive in this process. Agile, again, it could be argued to be more expensive because you don't actually know exactly how much resources you're going to need to throw at it from looking at it at the beginning of the project.

As discussed earlier, this is because you don't have clear visibility of how it's going to transpire. In my opinion, the Waterfall is quite expensive because of the lack of flexibility. ​

You cannot be as dynamic and make quick requirements changes. So in my opinion, I'd say Waterfall is quite expensive, but there are cases to argue it on both sides.

What does Scrum stand for now? Scrum is not really an acronym. This is also probably a misunderstanding or misconception. Many people believe that Scrum is broken down into an acronym, but it isn't actually.

Scrum is just a word used to talk about this framework of Agile and doesn't necessarily mean an acronym. So essentially it doesn't really stand for any particular word or acronym at all.

So what is Scrum SAFe? Stands for "Scalable Agile Framework". Scrum SAFe is an implementation of Scrum. It's A scaling framework to take Agile to an enterprise level.